What Is Lead Poisoning? When Does This Typically Occur? 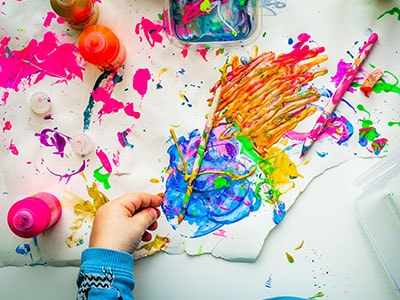 Lead poisoning occurs when a child eats lead between the time that they are born until the age of about five or six, which is the period of time when their brain is developing. Lead impacts the development of the brain, so lead poisoning is essentially a type of brain injury.

What Are Common Causes And Symptoms Of Lead Poisoning?

One of the most common ways in which lead poisoning occurs is by consumption of lead-based paint chops. The symptoms of lead poisoning include hyperactivity and attention deficits, which manifest more and more as a child ages. Many children have learning issues, low IQ scores, problems with word retrieval and expressive language, and the need for special education.

How Do I Know If My Lead Poisoning Case Has Merit?

In order to determine whether there is merit to a lead poisoning case, the child who is suspected of suffering from lead poisoning should be tested. The test is conducted by drawing blood and analyzing it for evidence of lead. If lead is detected, then an attorney should be sought. Recently, the Center for Disease Control (CDC) lowered the standards for what constitutes as lead poisoning (there is no amount of lead in the blood that is good or acceptable).

What Evidence And Information Is Critical To My Lead Poisoning Injury Case?

In a lead poisoning case, the New York City Department of Health will use a machine to measure the content of lead in the paint and determine whether the amount is higher than the acceptable amount. There are presumptions about lead exposure via peeling paint in buildings that were built before 1960 in New York City. Each year, landlords have an obligation to inspect buildings for this hazard.

How Is A Lead Poisoning Case Different Than Other Personal Injury Cases?

These cases require several experts including a neuropsychologist, neurologist, vocational rehabilitation expert, economist, and lead paint poisoning expert. Oftentimes, defendants blame the deficits on hereditary or other factors rather than the consumption of lead.

What If The Residence Where I Got Lead Poisoning No Longer Exists?

If the residence where the lead poisoning occurred no longer exists, then it will be much more difficult to prove.

What Damages Are Available To A Victim In A Lead Poisoning Case?

The damages in a lead poisoning case include costs for remedial help and psychological support, loss of earning potential (i.e. the difference between what the victim would have made had they attended college versus what they can earn as a high school graduate), and compensation for the effects of dealing with the cognitive, social, or mental limitations that were caused by the lead poisoning (including social isolation, being unable to partake in the activities of their siblings or peers).

For more information on Lead Poisoning Injury Cases In New York, a free initial consultation is your next best step. Get the information and legal answers you are seeking by calling (212) 563-2010 today.

Get Help Now
Home » What Is Lead Poisoning? When Does This Typically Occur?
Translate »