How Is A Catastrophic Injury Defined Under Personal Injury Law? 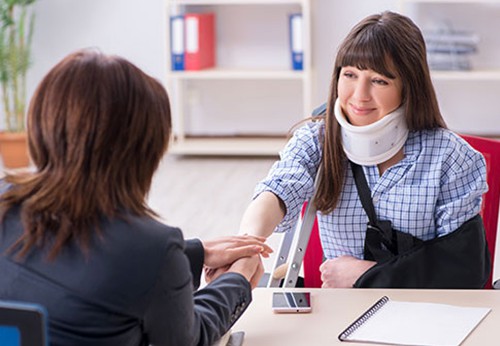 Catastrophic injuries include the loss of a limb, paralysis, brain damage, loss of an organ, and sexual assault.

How Are Catastrophic Injury Cases Different From Other Personal Injury Claims?

Catastrophic injury cases differ from other personal injury claims in that the degree of injury and the effect on the victim’s life is much greater. I once represented a young man who became paralyzed as the result of a car accident, and it completely changed his life. I’ve represented many victims of sexual assault who suffered and continue to suffer greatly. I represented a mechanical engineer who was in his early thirties when he fell two and half stories from a construction site; he was in a coma for six weeks and suffered a severe brain injury that ruined his life.

What Happens If I Am Partially At Fault For An Accident In New York State?

New York State has comparative fault, so unless it can be determined that the injured party was the sole proximate cause of their injury, they still have the right to recover. For instance, in a construction accident case, the jury would apportion the relative shares of fault between the plaintiff and defendant.

How Are Damages Calculated In Catastrophic Injury Claims?

Experts are helpful in the calculation of damages in a catastrophic injury claim. For instance, a psychologist or psychiatrist might testify as to what type of medications or custodial care will be required. An economist might project the costs for future medical bills. The element of pain and suffering, as well as the loss of enjoyment of life will also be included in the calculation.

Is The Statute Of Limitations Different In a Catastrophic Injury Claim?

The statute of limitations refers to the time period within which a case must be filed. With the exception of cases involving medical malpractice, cases involving children do not have to be filed until they are 18 years old.

Do Catastrophic Injury Claims Generally Go To Trial Or Settle?

Approximately ninety-nine percent of the cases I have handled were settled. However, every case must be prepared as though it will go to trial, as this is the best way to maximize recovery.

What Happens If The Victim In A Catastrophic Injury Claim Passes Away While The Case Is Pending?

How Do You Determine Whether Or Not A Catastrophic Injury Claim Should Be Taken To Trial?

The determination of whether or not a catastrophic injury case should be taken to trial is made after a thorough investigation into and consideration of the strengths and weaknesses of the case. Over the course of my career, I’ve developed a very good understanding of the state law and the tendencies of the appellate courts in terms of what type of verdicts they uphold. The value of a case is dependent on many factors, including the depositions, defenses, the way in which the client presents themselves in court, the venue, and the size of the insurance policy.

For more information on Catastrophic Injury Claims In New York, a free initial consultation is your next best step. Get the information and legal answers you are seeking by calling (212) 563-2010 today.

Get Help Now
Home » How Is A Catastrophic Injury Defined Under Personal Injury Law?
Translate »